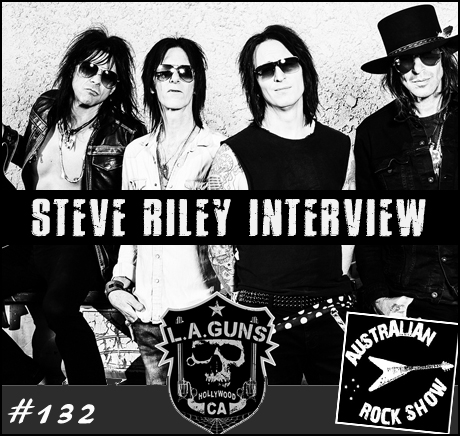 Los Angeles outfit L.A Guns have a new album titled 'Renegades' which hits the streets Friday 13th November. This line-up features the rock-heavy rhythm section of Steve Riley and Kelly Nickels and if the couple of singles which have been released so far are any indication - this is gonna be one hellava great album. For over three decades, drummer Steve Riley has provided the thunder for L.A Guns and on episode 132 of the Australian Rock Show, Steve joins us to talk over the new record. He also shares with us some cool stories from his time in WASP, Keel and some wonderful memories of Eddie Van Halen. Play very loud !