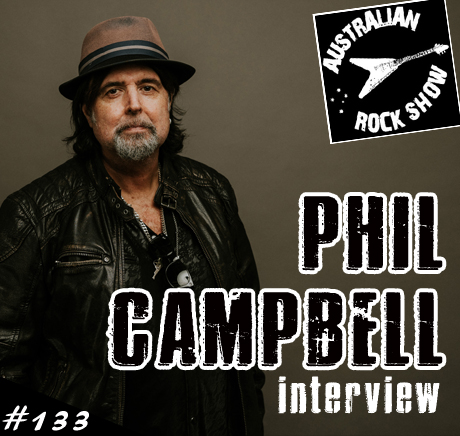 With the release of their second album ‘We’re the Bastards’ due soon, Phil Campbell and the Bastard Sons look set to close out 2020 in the loudest way possible. Since their emergence some time back – this powerful line-up - which features Neil Starr on vocals, along with Phil’s sons Todd (guitar), Tyla (bass) and Dane (drums), have been blitzing ’em on the live circuit - showing all and sundry how it is done. Phil Campbell and the Bastard Sons are very much the real rock n roll deal and on episode #133 of the Australian Rock Show, Phil joins us to talk over the new album and to also explain how the band were formed. We touch on Lemmy, former bandmate Würzel and also look over Motörhead's 1984 Australian tour. This one is essential listening. Play loud.

Music by: Phil Campbell and the Bastard Sons, Angry Anderson