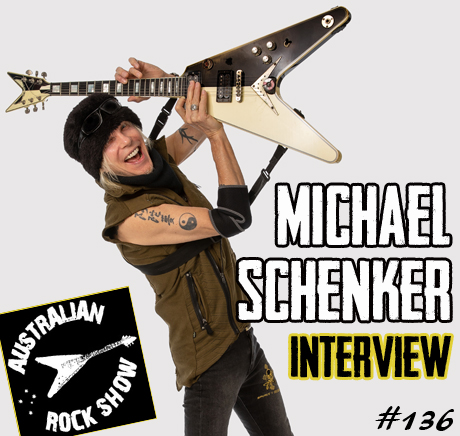 With the release of his new album 'Immortal' - guitar god Michael Schenker reminds music fans of his class and his freakish ability to create catchy, riff-heavy rock n roll. Schenker recently celebrated fifty years in music - and over time, has influenced generations of musicians. He has built a back-catalogue of musical riches - and with UFO and MSG - has written some of the most iconic guitar riffs of all time. On episode #136 of The Australian Rock Show we are joined by Michael Schenker and talk in detail about a variety of subjects: we look over the new MSG album 'Immortal' and Michael explains to us, his 'infinite spring of creativity'. We talk about the photo/cover art for MSG's 1983 album 'Built to Destroy' and learn how Schenker wrote 'In Search of the Peace of Mind' (which appeared on the Scorpions debut album 'Lonesome Crow'. All this and much more ! Play loud !