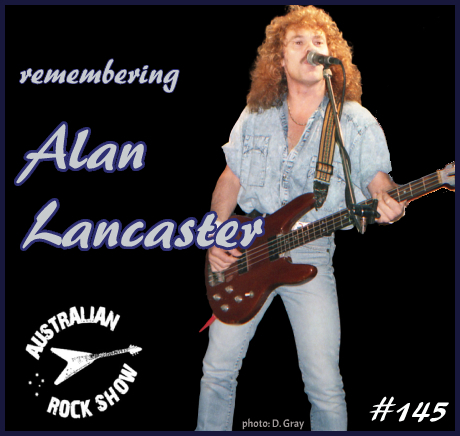 Alan Lancaster passed away recently - leaving behind a back catalogue of loud, rock n roll riches. As a member of Status Quo, Alan became a rock n roll giant and was loved by fans the world over. For more than half his life, Al called Australia home and after leaving Quo - was a member of popular outfits The Party Boys and then The Bombers. On episode #145 of The Australian Rock Show, we honor Alan's memory by cranking some of our favourite songs and chatting with some of his former band mates: John Brewster, Tyrone Coates, Kevin Borich, John Swan and Paul Christie. Sound engineer David Quinn shares some memories of Al, as does Jason Hodgson from Barrel And Squidger Records. We also check in with T.M.G roadie Ron Clayton, journalist Steve Mascord and friend of the show Leigh 'Lemmy' Wilson. If you're a friend or a fan of Alan Lancaster - this one's for you.

Music by: The Bombers, The Party Boys