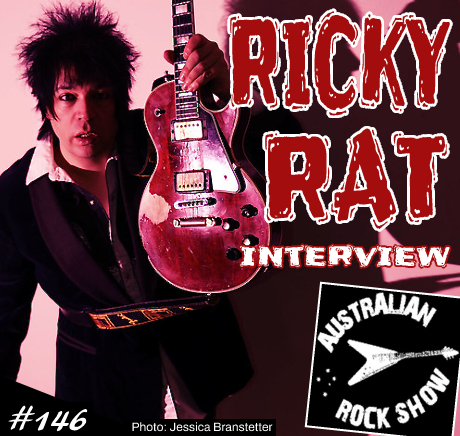 For more than thirty years Detroit’s Ricky Rat has been creating killer rock ‘n’ roll – from the legendary Trash Brats to the Kevin K Band, the re-united Dead Boys and his own solo material with the Ricky Rat Pack, he is the genuine embodiment of motor city rock 'n' roll with a story to tell and songs you need to hear! On episode #146 of the Australian Rock Show, Ricky joins us to look over his life in rock ‘n’ roll, his recent single 'She Feels Like A Good Thing', future plans and lots more. Get hip !